Patterns of speciation in the rotifer species complex, Brachionus plicatilis (Past) 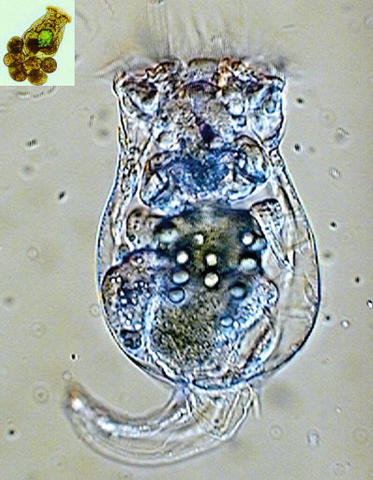 We explored different methods of empirically delimiting species boundaries in the salt water rotifer Brachionus plicatilis by comparing reproductive data (i.e., the traditional biological species concept) to phylogenetic data (the genealogical species concept).  Based on a high degree of molecular sequence divergence and largely concordant genetic patterns in COI and ITS1, the genealogical species hypothesis indicates the existence of at least 14 species - the highest estimate for the group thus far.  A test of the genealogical species concept with biological crosses shows a fairly high level of concordance, depending on the degree of reproductive success used to draw boundaries.  The convergence of species concepts in this group suggests that many of the species within the group may be old.  Although the diversity of the group is higher than previously understood, geographic distributions remain broad.  Efficient passive dispersal has resulted in global distributions for many species with some evidence of isolation by distance over large geographic scales.  These patterns concur with expectations that micro-meiofauna (0.1-1 mm) have biogeographies intermediate to microbial organisms and large vertebrates.  Sympatry of genetically distant strains is common.

This work was carried out by Lisa Suatoni while a Yale EEB graduate student. Dr. Suatoni is now a Senior Scientist at the Natural Resources Defense Council.