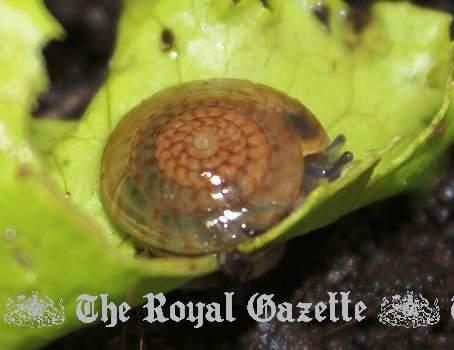 Three land snails, Poecilozonites bermudensis, P. circumfirmatus, and P reinianus were endemic to the island of Bermuda.  P. reinianus became extinct in the early 20th century and the other two were common through the 1970s, but have declined precipitously since (largely due to introduced carnivorous snails).   P. bermudensis was thought to be completely extinct until a few years ago when a single population was discovered in an alleyway of Hamilton, Bermuda.
These three survivors were what was left of an extraordinary endemic radiation that is documented in Bermuda’s fossil record.  The fossil snails range from tennis ball size to the size of a small coin, vary in the height of their spires, their ornamentation, and in the shape of the shell opening.  Stephen J. Gould, as part of the development of his theory of punctuated equilibrium, argued that the original colonizing population speciated into four or five subclades, each with a handful of species.  Other researchers since have argued that there was only one lineage that underwent bursts of phenotypic change in response to changing selection pressures over the last 1 million years.

The genetic analyses of the the three Bermuda species and their sister taxa will allow us to asses (1) who are the closest mainland relatives, (2) when the initial colonization was likely to have occurred, and (3) whether the divergence between them is deep as predicted by Gould’s multiple-speciation model or shallow as predicted by the single lineage model.

This project is in collaboration with Prof. P. David Polly from Indiana University and a YIBS visiting scholar. 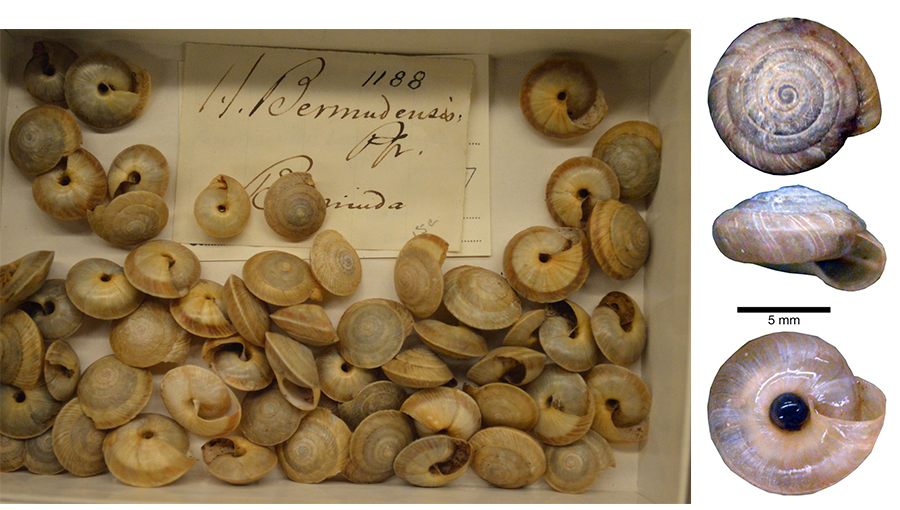