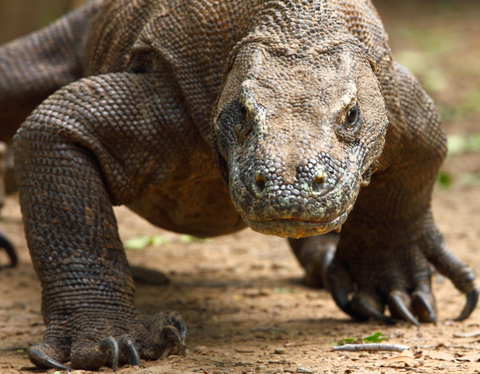 The Komodo dragon is an endangered monitor lizard endemic to five Indonesian islands: Komodo, Rinca, Gili Motang, Nusa Kode (part of Komodo National Park) and Flores. Illegal hunting of prey species and habitat encroachment are main threats to the species, which now counts less than 3,000 individuals. Conservation initiatives for the Komodo dragon are a priority for the Indonesian Department of Forestry and Nature Conservation and quantitative data on the life history of extant populations is much needed in order to devise sound management plans.

A research project was conducted in collaboration with Claudio Ciofi, from the University of Florence, Italy, a newly established Indonesian NGO, Komodo Survival Program, and the Indonesian Institute of Science and Department of Forestry and Nature Conservation. The study provided information on the degree of genetic diversity among island populations, reconstructed the evolutionary history of the species and identified different gene pools as distinctive units for conservation. This, in concert with a comprehensive study on the degree of relatedness among captive Komodo dragons held in Indonesian zoos, represent crucial information for future reintroduction and augmentation plans in areas where the species is now depleted. A population monitoring program is conducted along with Komodo National Park authority to provide annual estimates of population size, sex ratio and demographic structure. Home range and activity patterns of Komodo dragons in Komodo National Park are compared with those of animals living outside the protected area as a mean of assessing the effect of habitat disturbance.