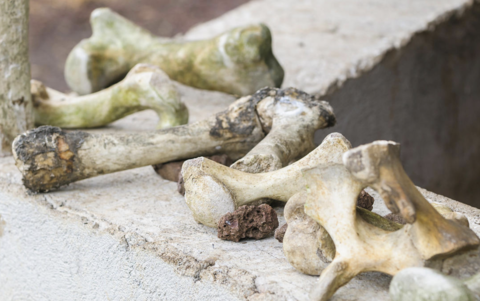 The driving force into the investigation of the evolutionary genetics of Giant Galapagos tortoises, is Dr. Caccone, who has lead a diverse group of scientists spanning the globe, for over 20 years. These iconic animals, not only represent the textbook example of island radiations, but also the play an important role in the ecosystem where they leave. Unfortunately, as we all know, they are highly endangered, comprising the last surviving group of giant tortoises on Earth. They make up what is referred to as the Chelonoidis species complex with multiple species showing genetic and morphological divergence. Surviving individuals equal only 10% of historical numbers, reduced from exploitation in centuries past. Currently there are 15 named species, but three of them are extinct. We are using DNA data from museum specimens of extinct species and from species with severely depleted populations to gain insights into their past by integrating the data from these samples with data from an extensive data base that includes all the known populations and species within the genus.