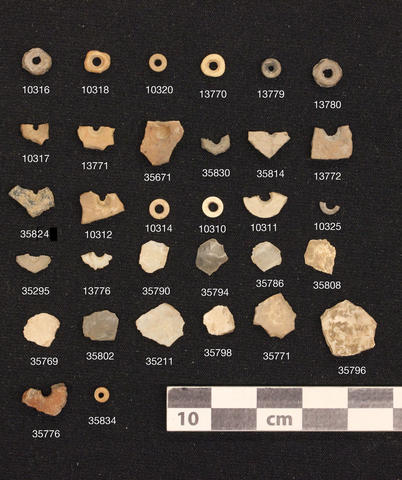 South-central Africa occupies a key biogeographical position that has seen range expansions from a number of major taxonomic groups, including early human ancestors, over the Plio-Pleistocene. Today, it is characterized by the Zambezian Phytogeographic Zone (ZPGZ), which consists largely of woodlands and wooded savannahs. This geographically vast ecological zone hosts species that have modern distributions extending both north and south, but combining in a unique mosaic within the zone. The antiquity of this ecosystem is unknown, but substantial changes have occurred since the last Ice Age, which ended ca. 11,700 years ago. Fossil mammal assemblages from new archaeological excavations in the Kasitu Valley of Malawi (Fig. 1) reveal a shift from large, open-habitat grazers to smaller, closed-habitat browsers, occurring between 14,000-10,000 years ago. The discovery of fossil ostrich eggshell is of particular importance, because no living ostriches live in the ZPGZ. Instead, the region separates two distinct subspecies (Fig. 2). A large quantity of archaeological beads and bead preforms from archaeological sites in the Kasitu show that ostrich eggshell was the preferred material for manufacture (Fig. 3). However, when ostriches became locally extirpated at the start of the Holocene, people began to make ornaments from land snail shells. Thus, ostriches represent part of a broader ecosystem change that precipitated major shifts in ancient hunter-gatherer behavior that reached across both their social and subsistence realms. Understanding the evolving character of the ZPGZ and its paired human response requires an understanding of the biogeographic transformations that took place at the Pleistocene-Holocene boundary. This project will pair archaeological data with ancient DNA from fossil ostrich eggshell (identifying the subspecies), in order to understand this changing biogeography. This will inform both studies of ancient ecosystems and modern conservation strategies in the ZPGZ at a time when a new phase of environmental change is having an ongoing impact. 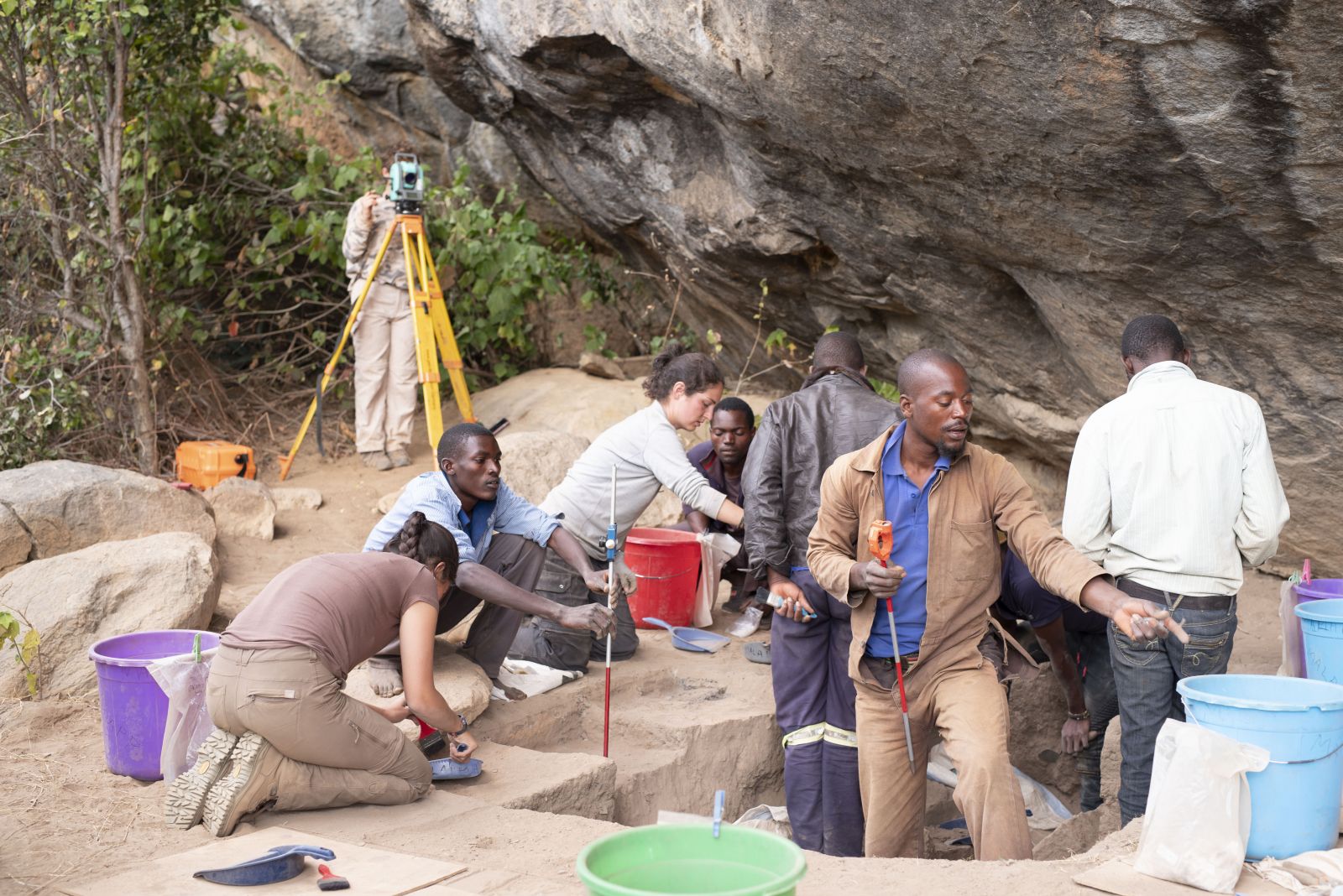 Fig. 1. Excavation at the archaeological site of Mazinga 1 in the Kasitu Valley of Malawi. This was the first site where a large quantity of fossil ostrich eggshell was first discovered. Excavations here are ongoing. 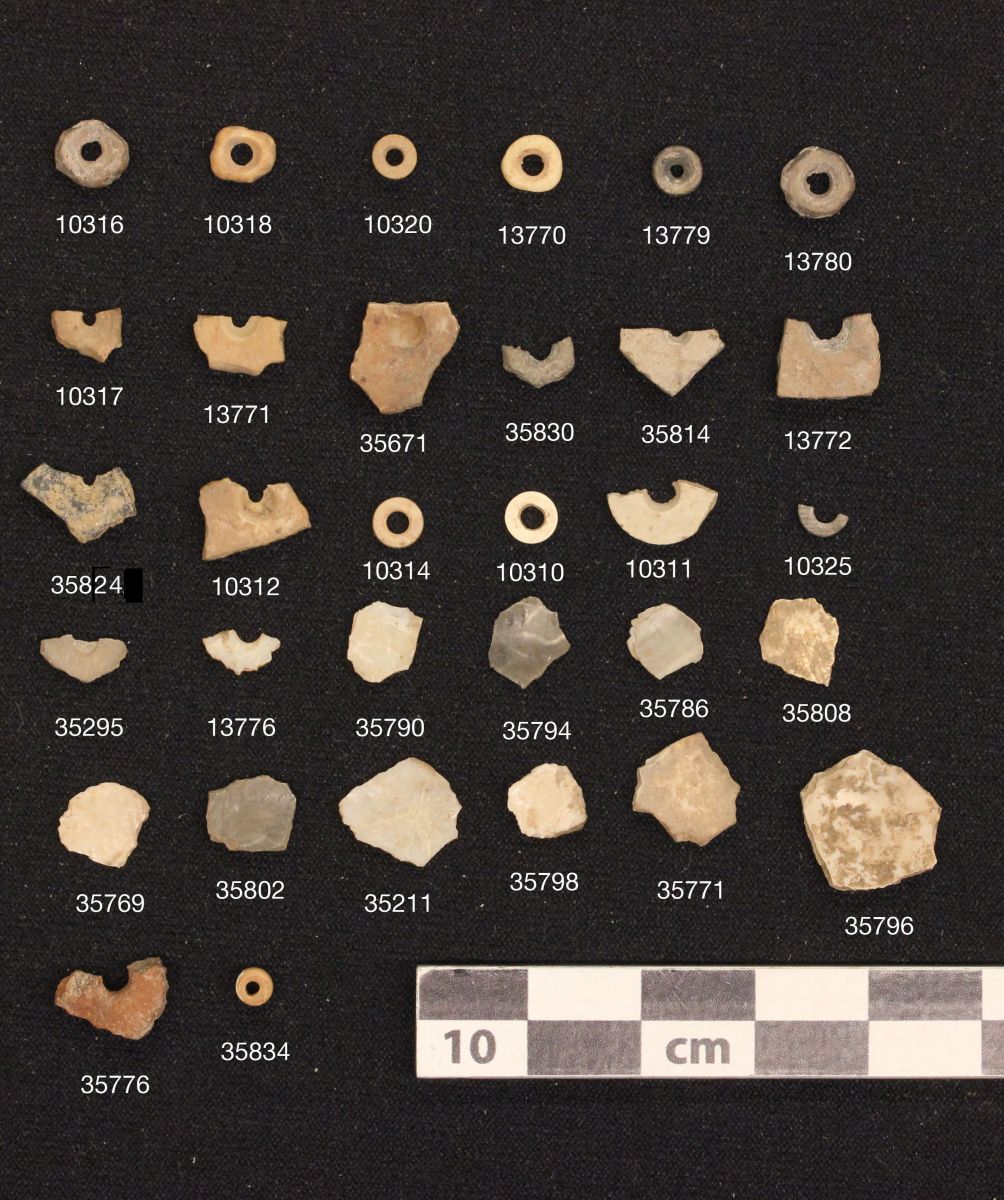 Fig. 2. Precipitation map of Africa, with darker blue being more annual rainfall. Distributions of modern ostrich subspecies show a band across south-central Africa that lacks ostrich today. Fossil ostrich eggshell has been found dating to as recently as ~14,000 years ago in Malawi (green dot), at the very end of the last Ice Age. Its subspecies is presently unknown. 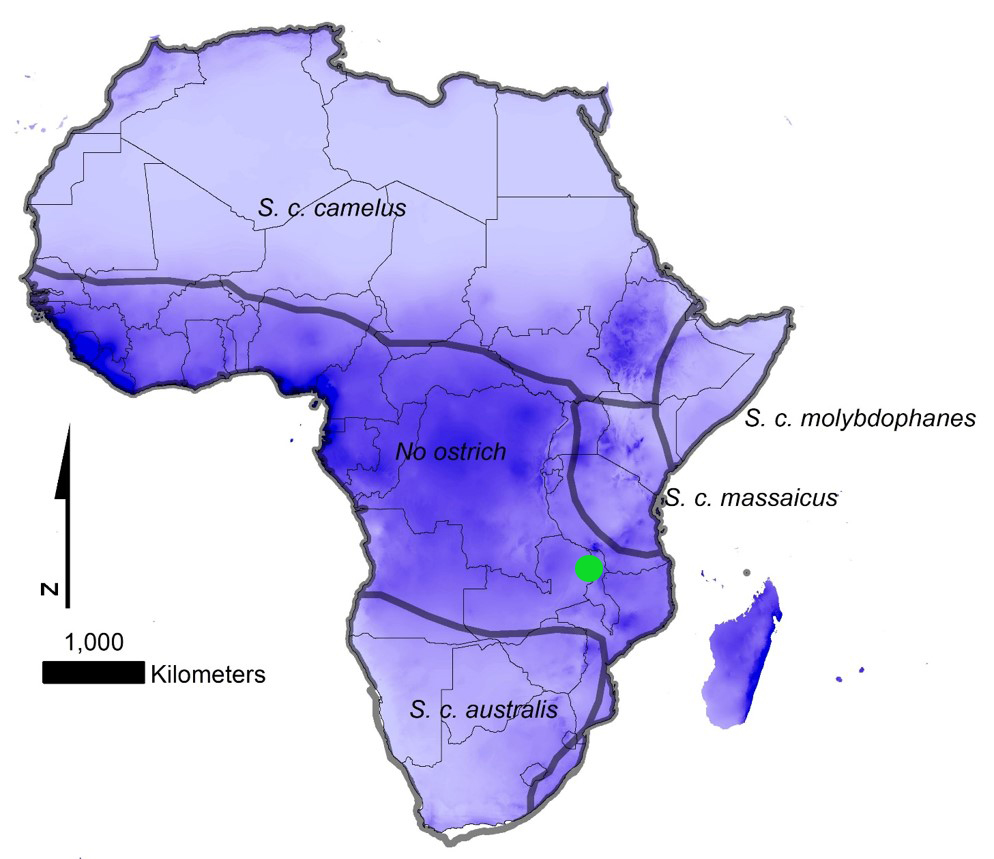 Fig. 3. Array of beads and bead preforms recovered from deposits dating between 30,000 – 5,000 years ago in Malawi. Ostrich eggshell was snapped into squares, drilled, strung, and then shaped, as has been observed with living hunter-gatherers in southern Africa – where ostriches still live today.