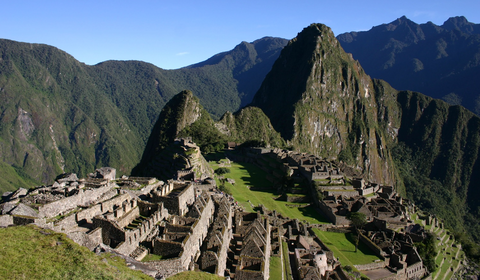 In the Fall and Summer of 2011 Lars Fehren-Schmitz (University of California, Santa Cruz) conducted several paleogenetic experiments to test DNA preservation in the human remains found at the enigmatic archaeological site of Machu Picchu, Peru. This pilot study was conducted in order to test the feasibility of a larger project engaging the population genetics of Machu Picchu and to explore the impact of Inca colonial politics on the genetic structure and demography of late pre-Columbian populations of the Central Andes. For 18 samples mitochondrial haplotypes and autosomal markers associated with altitude adaptation and behavioral traits were determined. This work, in cooperation with Brenda Bradley (now George Washington U) and Richard Burger and Lucy Salazar (both Yale Anthropology) lead to the successful submission of a NSF grant and data obtained in the YIBS Ancient DNA laboratory was used for two publications addressing climate impact on pre-Columbian population mobility in the Central Andes and ABO Blood Type diversity in ancient South American populations. Additionally, during the time at the YIBS lab we conducted a phylogenetic study on Native American mitochondrial genetic diversity using heterochronous data. This study was the first to find a significant demographic impact of the European contact on Native American populations leading to a population decline of ~50% of the effective female population size. This study was done in cooperation with Brendan o’Fallon, U Washington. 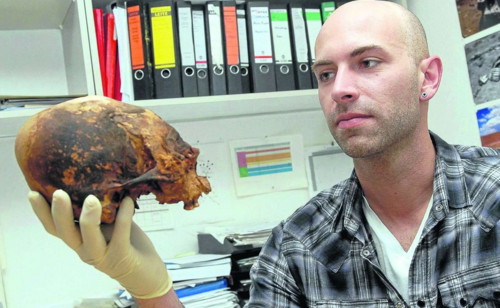